In my latest Practical Mac column for the Seattle Times, I share my thoughts after using the new 10.5-inch iPad Pro for several weeks. Spoiler: I like it a lot. However, if you bought the previous iPad Pro recently—say, in late November, like I did—you won’t see as dramatic of an upgrade. Though the larger screen is sure nice.

I also share some practical tips for working in the Finder on the Mac. It’s one of those things we do so often that we don’t think about it, and yet there’s a lot of power that you may not realize (including one or two things I didn’t even know about until I started deliberately poking around!).

Read the column here, and feel free to comment below with your thoughts: A look at the new iPad Pro, and handy Finder tricks.

My barber said, “I have too many clouds,” and I immediately sympathized. iCloud, Dropbox, OneDrive, Google Drive…I have files stashed in all of them. What surprised me when I set about to write this week’s column for the Seattle Times, is that I’ve so effortlessly moved so much of my work and personal data to cloud-based services.

iOS 10 and macOS Sierra, released last month, further entwine iCloud’s tendrils into everyday activities. In the column, I talk about how it enables me to control Philips Hue lights in my home from any remote location, unlock a Mac using my Apple Watch just by getting near it, and more.

Read the column here: Forecast: Increasing use of cloud services for just about everything.

Sometimes, it feels as if I’m a lone defender of Apple’s Photos app under macOS. Many people find it too different from iPhoto, or think it’s too basic (even though it’s actually quite sophisticated), or… I don’t know, they just don’t like change. Except for Aperture users who were abandoned by Apple—their discontent is understandable.

It’s not just because I wrote a book about Photos and Apple’s photo ecosystem. True, I use Lightroom as my primary photo library manager, but I also make extensive use of Photos and iCloud Photo Library.

And now macOS Sierra is out, with a new version of Photos that brings better searching, Memories, revamped people identification, and more!

Alas, when my publisher Peachpit Press all but vaporized early this year, the possibility to update my Photos book also went up in smoke. That’s too bad, because I really enjoyed writing it, and thought it turned out well.

However, I’m not the only Photos defender. My friend and colleague Jason Snell has just released the second edition of his highly regarded, and best-selling, Photos: A Take Control Crash Course. Jason has been immersed in Photos during the developer preview versions of macOS Sierra and knows it inside and out. The ebook is 74 pages of hard-won information, fully illustrated and written in Jason’s friendly, approachable style. And it’s only $10!

Photos for OS X is a consumer application, replacing iPhoto, but you’ll be surprised at how capable it is as a photo editor. In my latest article for Macworld, I look at several unexpected ways the editing features are more powerful than it appears, from keyboard shortcuts to the sophisticated Levels tool.

Read it here: The Hidden Editing Power of Photos for OS X

(Fair warning: the Macworld page includes an annoying auto-playing video. In fact, as I write this, all the comments in the article are about the video. Macworld’s editors can’t do anything about it, unfortunately: it’s a business decision made higher up. I know first-hand that the editors have tried for years to get rid of the autoplay videos.)

Speaking of Photos for OS X, my new book is now available!

Apple is in the middle of a dramatic overhaul of its photo software, discontinuing iPhoto and Aperture and replacing them with the new Photos for OS X. Since iPhoto was the pre-installed, easy-to-use application for managing digital photos on the Mac, millions of people use it for their photo libraries. But Photos for OS X isn’t just an update to iPhoto—it’s a complete rewrite that often looks and behaves differently than its predecessor, designed to work with the Photos app on iPhones and iPads and with the new iCloud Photo Library.

This is where my new book comes in! The full title is Photos for OS X and iOS: Take, edit, and share photos in the Apple photography ecosystem, and it covers the whole shebang, such as:

I’ve packed a lot of information into 200 pages, along with full-color photos, lots of screenshots, and plenty of answers. The book is now available in stores and from online retailers for as little as $18. (If you order the print or ebook versions from Amazon.com or directly from Peachpit, I get a small commission that helps to support the work I do. Peachpit also offers a bundle that includes the print book and ebook files—PDF, EPUB, and MOBI.)

To celebrate the launch, I’m giving away five copies of the ebook version! To be eligible, all you have to do is sign up for my newsletter. You’re welcome to unsubscribe after the drawing if you’d like; the newsletter is a way for me to get to know my readers better, announce new projects, and do giveaways like this. I’ll pick the five winners randomly on Monday, August 10, 2015.

Here’s a selection of pages from the book to give you an idea of what you’ll find. I really like how it turned out: 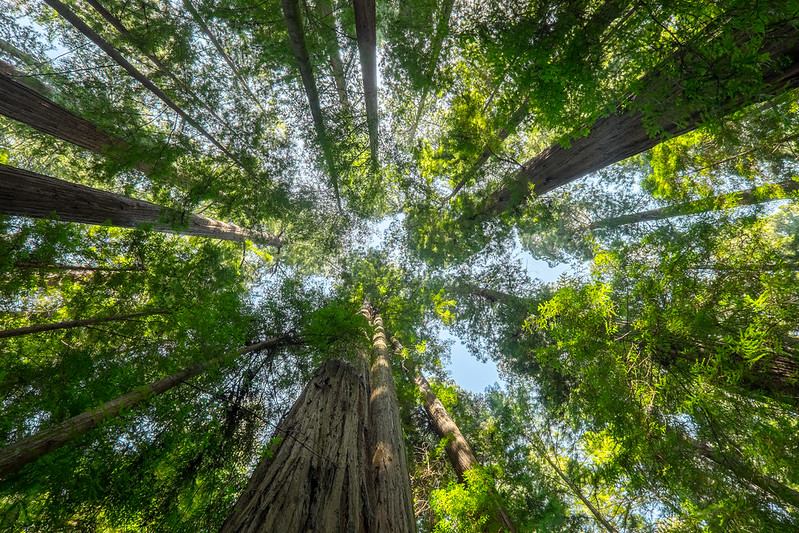 Knowing that I was away on a photo workshop in Northern California, an editor I’ve worked with for years contacted me with an interesting assignment: to write about how I use Adobe Lightroom in the field.

I’ve spent a lot of time (and three editions of my book The iPad for Photographers) thinking about how best to incorporate mobile technology into photography, and the field keeps moving forward. As a Lightroom CC user, I really like Lightroom mobile and how it syncs photos and adjustments from my iPad to my Mac and vice-versa.

The result is a new article, with a generous helping of photos from the Redwoods, posted today at Adobe Inspire: Take Lightroom on Your Next Shoot.

I outline a workflow for shooting, importing, and reviewing photos within Lightroom and the Creative Cloud ecosystem. One thing that surprised me: I found myself shooting more bracketed photos and side-by-side collections knowing that I could process those easily using the new Photo Merge HDR and Panorama tools in Lightroom CC.

One note, for those of you who have followed this field with me: I bypassed mentions of importing photos to the iPad while out shooting, which leads to special considerations for syncing and loading raw files later. (You can read more about that in my book.) What’s in the article is a streamlined, more sane approach to syncing and reviewing photos that won’t scare away novices.

Check out the article, and feel free to leave feedback here. I’d love to hear your thoughts.

My latest column for the Seattle Times delves into Apple’s Photos for OS X application, looking at how some aspects will change customers’ behaviors. I also throw in a handful of tips based on questions and feedback from readers.

Apple dropped OS X Yosemite 10.10.3 today, and with it the release version of the new Photos for OS X. You can read my detailed review of the replacement for iPhoto and Aperture at Macworld here: Review: Photos for OS X is faster than iPhoto but less powerful than Aperture.

Less than a week after scrubbing all mention of the new Photos for OS X app from its Web site, Apple has re-introduced the new software with a splash. A pre-release version is currently available to developers, bundled with a beta of OS X 10.10.3 (you need to install the system update to get the Photos app). The finished software is expected in the spring.

I haven’t had a chance to run the software yet, but several media outlets got an advanced look. I recommend starting with Chris Breen’s excellent overview at Macworld. David Pogue at Yahoo talks about switching from iPhoto and Aperture. And Wired and The Verge also have first-look articles.

[Update: Serenity Caldwell has given it a once-over and has a great FAQ at iMore.]

I’m looking forward to installing the app and throwing some libraries at it, both because I’m updating Take Control of Your Digital Photos and because I’m also working on a new book for Peachpit Press covering the Photos app and Apple’s photo ecosystem.

It’s going to be a busy winter and spring.

While Apple was announcing its record-breaking quarterly financial results (not just breaking its own records, but earning $74.6 billion, the most revenue of any company in any quarter in history), elves at the Apple site were busy.

According to 9to5 Mac, there’s now no mention of the successor to iPhoto and Aperture on Apple’s Web site.

Has the application been delayed? Shelved? Is Apple on the verge or releasing it and we’re seeing the preparation for new information to appear? I don’t know. I’ve reached out to my PR contacts at Apple to see if they can shed light on the situation. 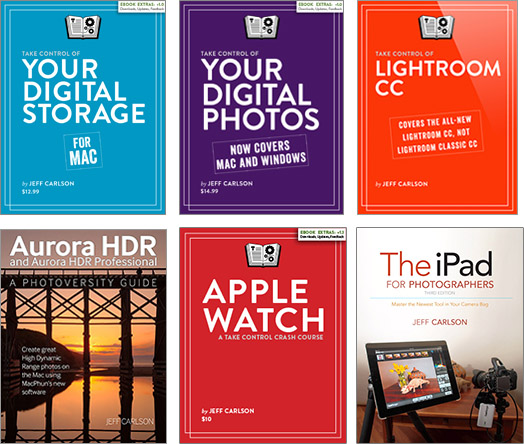